ESNII, the European Sustainable Nuclear Industrial Initiative of SNETP, gives Fast Neutron Reactors (FNR) a high priority for the production of sustainable nuclear energy in Europe. Taking into account the significant European and international operational experience, the ESNII roadmap identified the Sodium Fast Reactor as the most mature technology to be implemented and considers the Advanced Sodium Technological Reactor for Industrial Demonstration (ASTRID) to be an SFR prototype. ASTRID is the Generation-IV system that is being developed in France as part of European and international industrial and R&D cooperation programmes, including ASTRID Research and Development Cooperation (ARDECo). Two alternative FNR technologies to be explored in the longer term are the Lead cooled Fast Reactor (LFR) and the Gas cooled Fast Reactor (GFR). 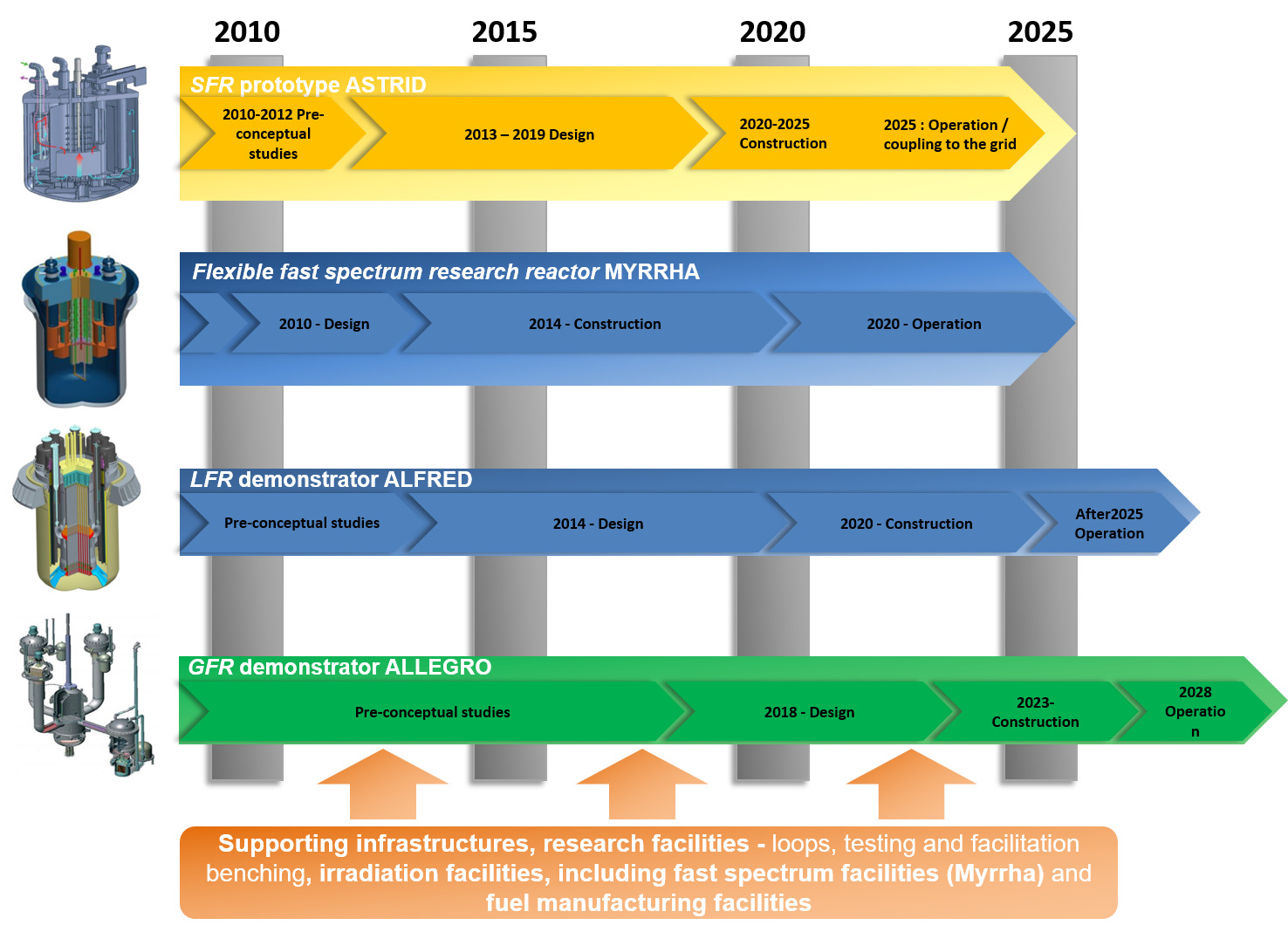 The ESFR conceptual design was developed by 25 European partners as part of the FP7 CP-ESFR project (2009 – 2013) with a total budget of nearly €12 M. Today it is considered to be one of the SFR options by the Generation IV International Forum (GIF), which is a cooperative international endeavour that performs the R&D needed to establish the feasibility and performance capabilities of the next generation nuclear energy systems.

MORE INFORMATION ABOUT THE PROJECT

We use cookies on our website to give you the most relevant experience by remembering your preferences and repeat visits. By clicking “Accept”, you consent to the use of ALL the cookies.
Cookie settingsACCEPT
Manage consent